Schurz Hall is named for Carl Schurz, a former U.S. Senator from Missouri and United States Secretary of the Interior under Presidents Rutherford B. Hayes and James Garfield. Both men and women live in the hall, where some rooms are ADA accessible. Take a virtual tour below, or watch a guided tour on YouTube. 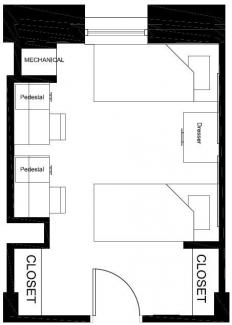 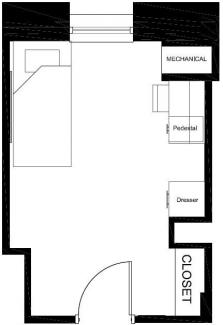